Where to repair IO equipment in Fortnite 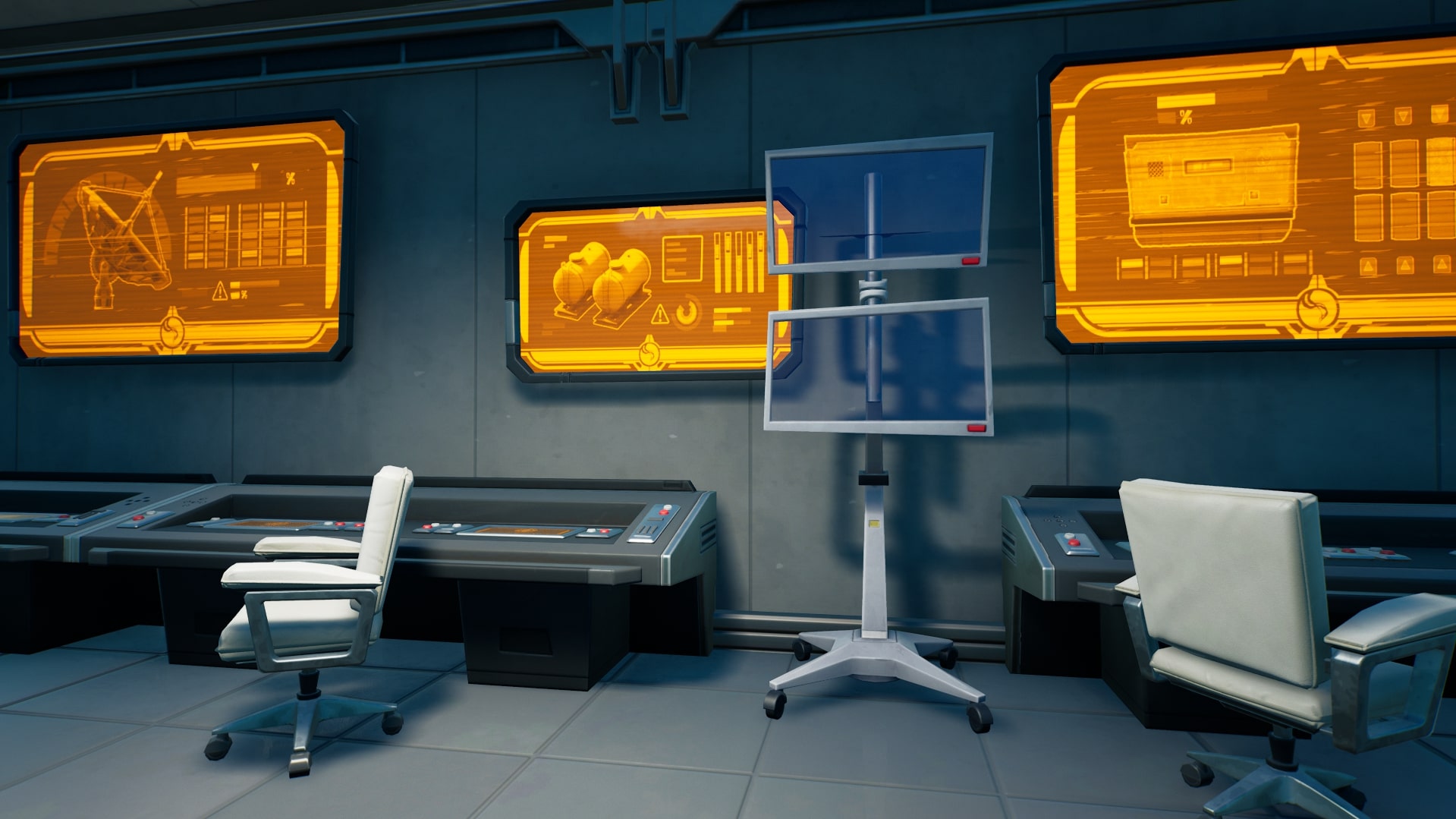 For Fortnite week 13, you’re being asked to repair IO equipment at two different IO bases on the battle royale map. Completing the challenge will net you a healthy 30,000 XP, and once you know where to look, it’s as simple as any other treasure hunt quest.

What purpose does this serve for defeating the alien invasion that’s been plaguing the Fortnite universe all season long? No idea, but we’re apparently the Imagined Order’s IT support, so we’d better fix these fancy secret agent computers up.

Over at the IO base east of Craggy Cliffs, head to the larger main building (with two satellite dishes) and go to the north end of the ground floor. You’ll see the same dual-monitor setup surrounded by larger orange screens and control stations.

If you need a third option, at the IO base southeast of Misty Meadows, you’ll find the IO equipment on the second floor.

Once you’ve repaired two pieces of IO equipment, you’ll have completed the challenge and earned your 30,000 XP. If you’re like me and about 3/4ths done with your battle pass, this should be a real boon and earn you at least another level.

Don’t forget to check out our other Fortnite guides, where we also show you where to open a mission kit and place a jammer outside the IO base.