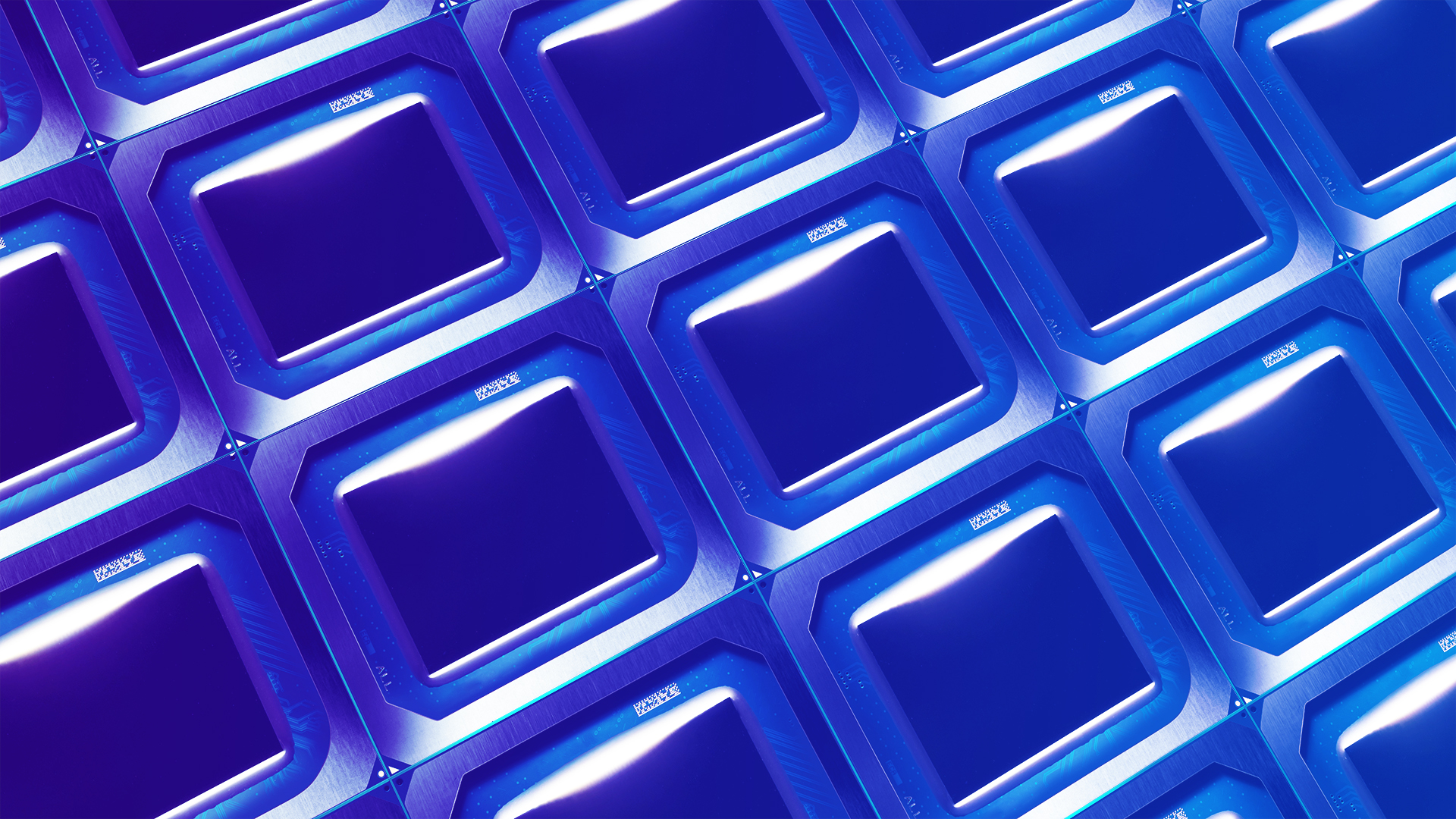 Intel Alchemist, aka DG2, GPUs are set to become the first gaming graphics cards spun out of the Intel Xe-HPG yarn, something that is promised to be the basis for many more competitive GPUs from the chipmaking goliath. Alchemist also happens to be the first offering from Intel’s high-performance graphics brand, Arc, which covers hardware, software and services. It’s all set to kick-off at the start of next year, when we’ll see Intel put its best foot forward in hopes to heave open the hydraulic grip of Nvidia and AMD over gaming GPUs.

There are two key battles in PC gaming hardware: Intel vs AMD and AMD vs Nvidia. It’s been that way for millennia. Or a handful of decades, at least. Yet that could be all about to change with Intel Alchemist and the Xe-HPG architecture.

If everything remains the same between Xe-HPG and Xe-LP, the version found within Intel’s current generation 11th Gen Tiger Lake mobile processors, which it most certainly will, then we can expect the equivalent of a total of 4,096 FP32 cores within the 512 EU chip. That’s one eight-wide ALU per EU, each capable of eight floating-point operations per clock.

Each ALU is also capable of running eight integer operations instead, however, which means that if some integer ops are required that will mean fewer floating point operations will be available. To combat some of that potential slow down, Intel has dropped a further two-wide ALU into each EU to cope with what it calls ‘extended math’.

There’s good reason for us to assume a lot of what is found in the lower and higher-powered Xe architectures announced today will make it into the Xe-HPG and Alchemist graphics cards, too. The Xe architecture is effectively a shared one, utilised across many strata of performance and applications. These subdivisions of the Xe architecture are denoted with handy suffixes: Xe-HPC, Xe-HP, and Xe-LP.

Xe-HPG is the gaming subdivision, and itself included within the wider Xe-HP subset alongside datacentre GPUs that Intel’s touting with multiple ’tiles’, or chiplets. For the record, one tile is reportedly up to 512 EUs, meaning the gaming GPU is built out of just one (which tracks with current difficulties in multi-GPU operation in gaming workloads), and that means the top datacentre chip could feature 16,384 ALUs (cores). That’s not to say a two-tile gaming GPU is entirely impossible, however, just improbably right off that bat.

AMD is certainly eyeing up a multi-GPU chip, but we’re still not sure of its gaming intentions just yet.

There is also Xe-LP, which as I mentioned before is found within Tiger Lake mobile chips and some very low-power, low-performance discrete cards. Xe-HPC is sure to be Intel’s favourite: It makes up Ponte Vecchio, a bandwidth-focused high performance computing GPU destined for the Aurora supercomputer, and affords Intel some hope in the GPU-accelerated big data market.

So while not every configuration or feature is sure to be shared between say Xe-HPC and Xe-LP, there’s a pretty darn good chance that the fundamental processing silicon beneath it all is one and the same.

42 Teraflops. With the most FP32 performance in a single package, it’s time to get excited about the Multi-Tile Xe HP GPU architecture for the data center. See what we’re talking about here. https://t.co/npj9eHLjxQ pic.twitter.com/ADT5AeaPA7August 13, 2020

For us that means we can expect certain features on Intel HPG chips, such as Adaptive Sync, mesh shading, and integer scaling. More than likely we’ll see Intel improved and expand on its Command Center application in time for launch, too, which it has been gradually improving over the past few years seemingly with this gaming-focused implementation of Xe in mind.

It has stern competition, however, in AMD Adrenalin Software and Nvidia GeForce Experience. At least it has a name to go up against those behemoths though, with Intel Arc. It’s a start.

Launching a graphics card is as much a software challenge as it is a hardware one—if you ask Intel’s chief architect, Raja Koduri, he’ll tell you that software is the hard part, in fact. As such it’s just as important, if not more so, that Intel nails its driver package at launch.

Oh, and did I forget to mention ray tracing? A recent battleground for Nvidia and AMD, Intel is keen to keep up with the cutting-edge rendering technology with its own implementation, specifically for Xe-HPG. When Intel announced its Arc brand, it also showed off Alchemist running ray tracing in Metro Exodus—no frame rates at this point, but it looked smooth enough.

Onwards to memory configuration and it appears as though Intel is keen to match AMD and top Nvidia in raw memory capacity. Paired with Intel’s Xe-HPG GPU is said to be up to 16GB of GDDR6, operating between 14Gbps and 18Gbps. That’s all information pulled right from Intel’s site, again in the aforementioned leak.

Intel is suspected to utilise a 256-bit bus for the top 512 EU graphics card, which will put it on par with Nvidia’s RTX 3070 and AMD’s Radeon RX 6800, although the latter does benefit from Infinity Cache.

We’ve less concrete information in power demand and TGP, but there are some relatively broad assumptions to be made from Intel’s choice of foundry and process. It’s not its own, in what might have once been considered a blasphemous statement for Intel’s engineers. Intel has confirmed it will be outsourcing production of Alchemist GPUs to another, and that’s almost certainly TSMC—one and the same with the manufacturer of AMD’s Radeon RX-6000 GPUs and Ryzen CPUs.

Which process Intel will be buying up for its Xe-HPG chips is a little less certain, but it appears as though either TSMC’s 7nm or 6nm process will underwrite the whole affair. The two are quite closely related, and TSMC sees 6nm as a natural progression for most of its 7nm customers, which delivers up to 18 perfect increased logic density over first-generation 7nm. The gap between TSMC’s subsequent 7nm processes and 6nm is sure to be slimmer.

Furthermore, YouTuber Moore’s Law is Dead claims to have images of an Intel DG2 card taken during testing, and these clearly show an 8+6-pin power connector setup. They also suggest a 275W TDP, which is a little greater than previous expectations but still well within the realms of possibility.

So no confirmation on power as of yet but a rough whereabouts of 225-275W. That’s in the right ballpark for what a card reportedly taking aim at Nvidia’s GeForce RTX 3070, too.

From the specifications to the company’s tall aspirations, it makes sense for the Alchemist’s finest to consider Nvidia’s third-run card as a worthy adversary. That’s no easy feat for a first-generation gaming architecture if Intel could achieve it.

Nvidia’s RTX 3070 is a tough card to beat, or even match. As per the benchmarks below. This is a card that holds its own with Nvidia’s finest, priciest GeForce card from just a single generation prior, as per our benchmarking shown below.

Sadly we’ve very little evidence to prove Intel’s proficiency, or lack thereof, today. The specs check out, and all appears well in raw bandwidth and compute capability, but building a GPU requires a holistic and universally fine-tuned approach, so well have to wait and see how this one shakes out for the complete picture.

At least there is a possibility for a truly competitive card here, even if it’s not quite up to scratch with Nvidia and AMD’s finest just yet. With relatively low numbers of any graphics card out in the market today, a new manufacturer with its own dedicated GPU supply could prove itself of critical importance for gamers trying to snag any discrete GPU in 2021.

Yet with TSMC possibly at the helm, a company that is under a lot of pressure to deliver chips as is, can Intel really tip the scales? Fingers crossed.

Intel may incorporate some of its own tips and tricks into Alchemist (aka DG2) in order to boost performance, too. While still floating around in the ether of the rumour mill, in the aforementioned Moore’s Law is Dead video, a possible DLSS/FidelityFX Super Resolution feature from Intel, internally known as XeSS, is said to be in the works or at least under consideration.

We’re well into the speculative thicket now, with potential pricing truly the domain of guesswork and haruspicy. Yet there’s at least a price range we can safely assume from our rough estimates of performance.

Intel will need to be competitive with AMD and Nvidia to even stand a chance of making inroads into the gaming GPU market. Bar any premium pricing model from Intel, who admittedly has priors pricing its own chips into oblivion (just look at the new Core i9 11900K), we should expect an upper limit of $579, the price of AMD’s RX 6800, and a lower-end price of $399, the price of Nvidia’s GeForce RTX 3060 Ti.

Of course, I’d love to see an even cheaper card to kick AMD and Nvidia into a ferocious pricing war, but sadly GPUs, memory, PCBs, and hundreds of minor components all tally up. There’s a price floor to Intel’s efforts that I doubt Chipzilla will be willing to go below.

The assumption was that we’d see DG2 by the end of the year, but with the announcement of its Arc brand and the Alchemist codename, Intel has announced that we’ll see the first graphics cards at the start of 2022.

Thank you ?This is was a dash and learn fast project for the team leveraging the awesome tigerlake SOC! Congrats to team @intelgraphics – any guesses on what DG stands for? Hint: It’s not discrete graphics? https://t.co/oDEI8As9tzJanuary 26, 2021

Multiple tweets from Intel graphics lead (and nearly everything else lead), Raja Koduri, suggest the high-performance GPU lineup, including gaming, is being geared up over the course of this year. Everything from hardware to the driver stack.

It also appears as though Intel has distributed cards for testing, although where exactly in the testing cycle the company remains a mystery.

There was mention of an Xe-HPG launch this year from the official Intel Graphics Twitter account, but the Alchemist announcement on August 16 undermines that. We’re going to have to wait until Q1 2022 apparently. And right now, that seems like a long way off.