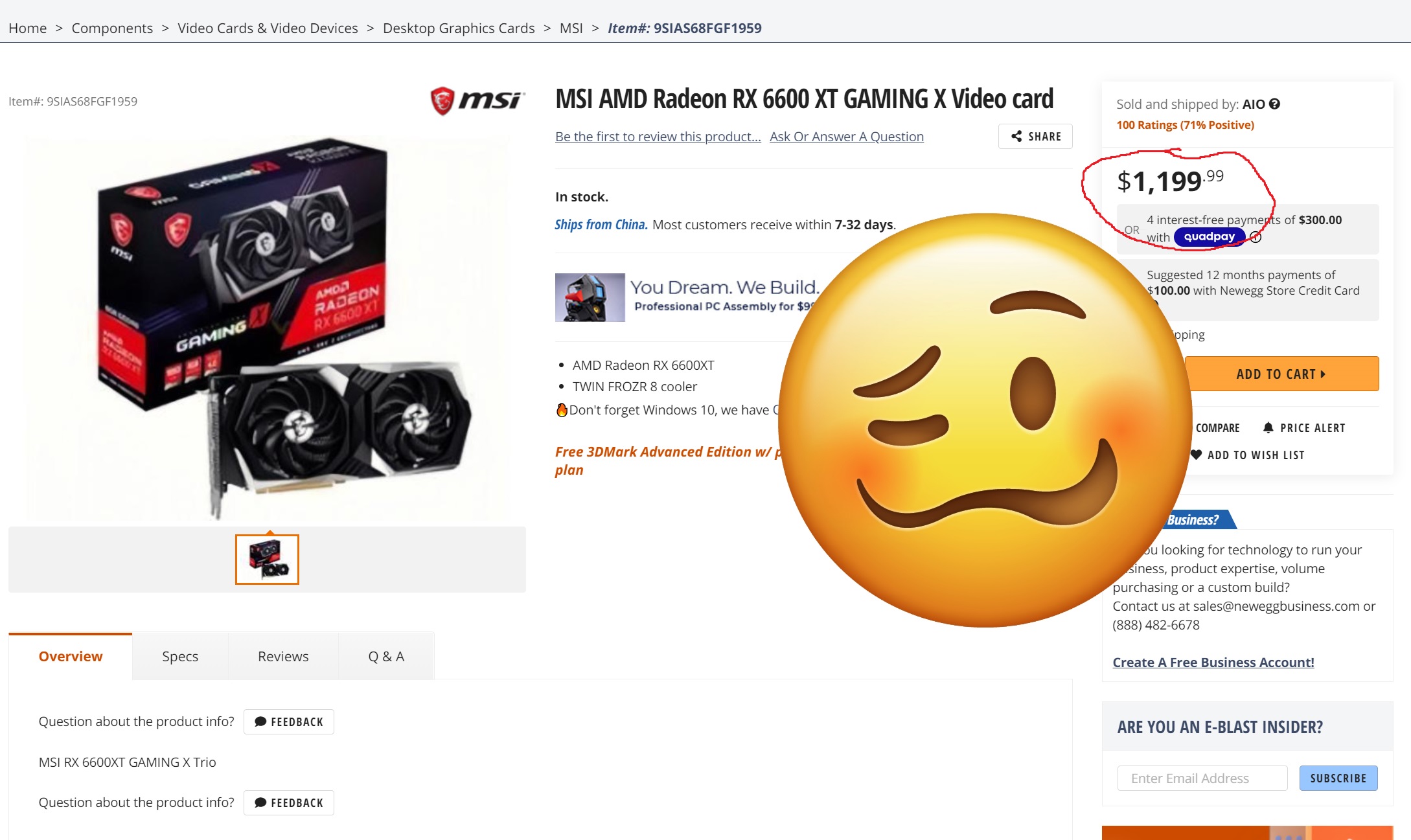 Though the official release for AMD’s RX 6600 XT hasn’t happened yet, this hasn’t stopped third-party retailer AIO from listing an MSI AMD Radeon RX 6600 XT Gaming X GPU (now down) for a whopping $1,199 on Newegg over the weekend and most of Monday before the page was killed off.

Videocardz. It does also beg the question of how a third-party seller can list, sell, and presumably ship a product that hasn’t been officially launched yet.

We will keep an eye out to see if the listing resurfaces hopefully at a more realistic price.