Crapshoot: Yes, there was a videogame about Queen, the band 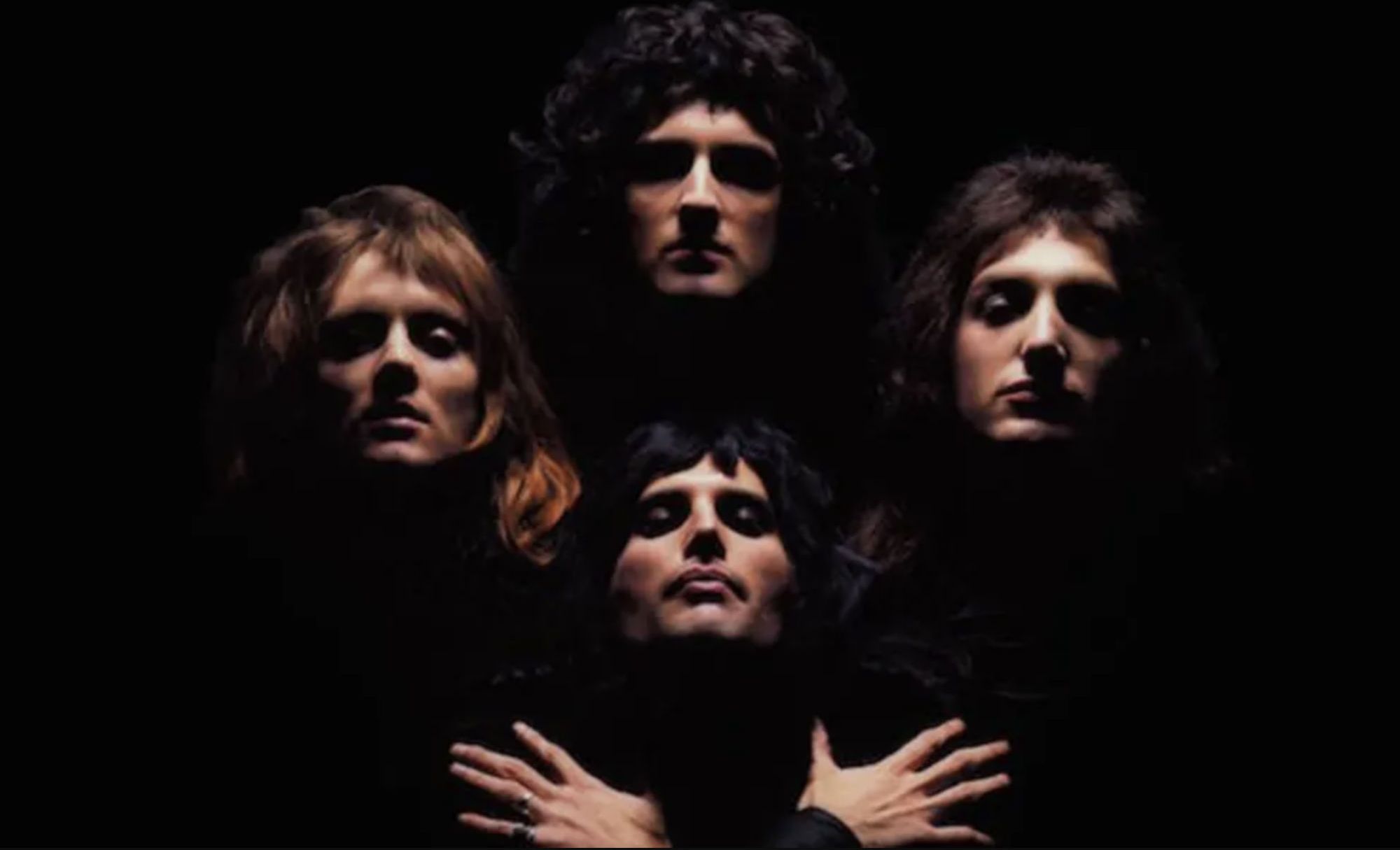 From 2010 to 2014 Richard Cobbett wrote Crapshoot, a column about rolling the dice to bring random obscure games back into the light. This week, what better subject than the game Her Majesty thinks of as “Me: The We”.

You need special patriotism shots to so much as step into a shop in the UK at the moment. “Come on, Team GB!” scream the chocolate bars. “She waves so well, it’s like she’s been doing it for decades or something,” sigh the newspapers. “Twelve packs of Nurofen?” asks the sales clerk. “Oh Christ, yes,” I reply.

Of course, it’s not going to stop me making a tenuous connection to one of the strangest musical licenses this side of the Rocky Horror Picture Show game. I never could resist temptation.

As a band, Queen needs no introduction, or so I hope, because I know pretty much exactly nothing about music. As far as I can piece together, Queen started sometime in the 16th century, with its first mainstream hit “Tchaikovsky’s Symphony No. 4” firmly establishing it as one of the focal grunge-house ska bands of its era. After some controversy that led to a name change of “Lady Protector” to avoid the wrath of Oliver Cromwell, it then returned to glory by providing key parts of the soundtrack to one of the 90s most popular fantasy films—Highlander 2: The Quickening—and the bit where Wayne and Garth give themselves really painful headaches mid-way through their cinematic debut, Bill and Ted’s Excellent Adventure.

Anyway, Queen themselves have pretty much nothing to do with Queen: The Eye, beyond a few references and lending their music. The actual plot is set in the distant future, where a computer called The Eye—or to be more accurate, The eYe—has turned the world into a dystopian mess and banned creativity. You play a guy called Dubroc, a policeman who stumbles across something he shouldn’t and is marked for death. This horrifies him so much that he almost gets a personality, but doesn’t. Luckily, though the power of instrumental Queen songs, he finally has the power to smash the system.

Yes, once again it’s that classic science-fiction plot: “Take down an oppressive, conformist society by murdering anyone who doesn’t appreciate your favourite band.” In this case though, I have my suspicions about The eYe. When Aerosmith helped fight the New Order Nation it was pretty clear that the opposition wanted the world rid of long-haired crooners who couldn’t actually care less and weren’t entirely sure why they were giving orders to some schmuck who they subsequently wouldn’t even invite to their World Saved party without seeing a mostly perfect run. Here…

…well, here I call bullshit. When The eYe catches Dubroc where he shouldn’t be looking, you’d think its first response would be to turn him into a pile of not very seditious ash. Instead, it opts for a ‘better’ plan: to throw him into the Arena for the entertainment of its other slaves. An evil computer trying to get rid of a threat by throwing it into a gladiatorial combat environment… a ‘game grid’ if you will… then being surprised when the guy escapes? No, not buying it. And not just because The eYe is played by Avon from Blake’s 7 and is therefore physically incapable of being stupid. It’s just the law.

(In fact, much of the Blake’s 7 crew show up for this one, including Servalan and Orac. Oh, and if you don’t know what the hell Blake’s 7 is, stop making me feel old. That’s just rude.)

Instead, it quickly starts to feel like The eYe is the musical equivalent of one of those politicians who spends a career campaigning for high morals, only to have a sex dungeon filled with 15 different kinds of vacuum cleaner and a single crusty sponge. Only, y’know, with Queen songs. For starters, it turns out to own an entire Theatre Domain with a magic theme, purely because Queen once sang a song called “It’s A Kind Of Magic”. Not enough? Its top enforcer is called Death On Two Legs, and someone has to be playing the background music.

In short, if the eYe had a bedroom, there would be posters on all of the walls, signed by itself in the knowledge that none of its friends know what Queen’s signatures really look like, a diary with at least one page full of hearts and “Mrs. The eYe Queen” scattered over it, and its hand would be in a hermetically sealed box so as to be Pure when it finally got to touch someone in the band. It’s a fanboy.

Technically, there are plot reasons. A little like the supercomputer AM in I Have No Mouth And I Must Scream, The eYe is canonically fractured and broken and a little schizophrenic. Really though, I see the whole game as it finally seizing the chance to show off. Anime fans will create Hellsing music videos and draw pictures of Rei Ayanami. The eYe taps its digital fingers for a while and tries to figure out whether Khashoggi’s Ship would be better if it was able to fly through spaaaaaaaaace.

That sound you can hear is humanity being glad its evil master never got into Abba.

By far the weirdest part though is the fourth zone, called—no kidding—the Innuendo Domain. What does this look like, I hear you ask? Well, it looks a little something like this…

At the very least, all this makes for an interesting concept—and to give the makers credit, one that actually uses rather than simply namechecks the star. Queen themselves aren’t a part of things, but their music is often used as general background and outright musical numbers, which is far more than most would have expected. Here’s a full list of how they were used, from small clips to entire songs.

The eYe is also a ridiculously ambitious game. It came on five CDs, one per world, each with a completely different style. On the music side, the instrumental tracks were also apparently remastered in one of the Queen members’ own studio, which means about as much to me as finding out that I use the same word processor as a big-name author, but was probably of note to fans.

Which begs the question—why is this game obscure? Why didn’t all this work?

Well, the short answer is ‘it was shit’. The long version? Add the words ‘boring and’.

For whatever creativity it sounds like Queen: The Eye offers, it’s actually a really drab game. The Arena, which takes up the whole of Disc 1, is like wandering around a warehouse. The second disc, The Works, a practically deserted factory. The third? A barren, dusty theatre. These are not locations that set the mind on fire, no matter what music plays in the background. There are other characters, but mostly you spend your time in what can best be described as bouts of 90s 3D Game Fu (“All the joy of clunky controls, now without the artistic quality of sprites!”) and solving stick-the-thing-in-the-hole puzzles. But not in a top rock musician way. Keys and things, is what I’m saying. Not even interesting keys.

Here for instance is the entire first disc, in all its glory. Can you stay awake until Dubroc finally Trons his way to freedom? If so, you are a champion, my friend. You kept on watching to the end.

The same Let’s Player has the next two discs if you really want to see how things shake out. They’re very similar though, and the only real reason people played this game at all was to hear the music.

(Which was still better than the Rolling Stones’ Voodoo Lounge, whose most memorable moment was getting to watch one of the band have a wee-wee. I’m not joking.)

And with that, in the name of Culture and Tradition, please, rise for the funeral dirge that is the National Anthem. The newly modernised version, of course.

God save our gracious queen

God save our noble queen

Unless there is no such entity and we live in a purely mundane universe that can and should be divorced from the shameless, deistic opportunism that merely served as an excuse for concepts like divine right of kings and which continues as an expensive, if purely ceremonial anachronism

In which case not…

This song is ponderous

Wears down our tolerance

Doesn’t give a damn about us

Fine, let her wave some more

It’s what we pay her for

That and wearing hats.

At least she’s not her son

Her face on junk in stores

That tourists clamour for

Her speeches we poo-poo

But she likes Doctor Who

So we guess it could be worse