Battlefield 2042: Everything we know so far 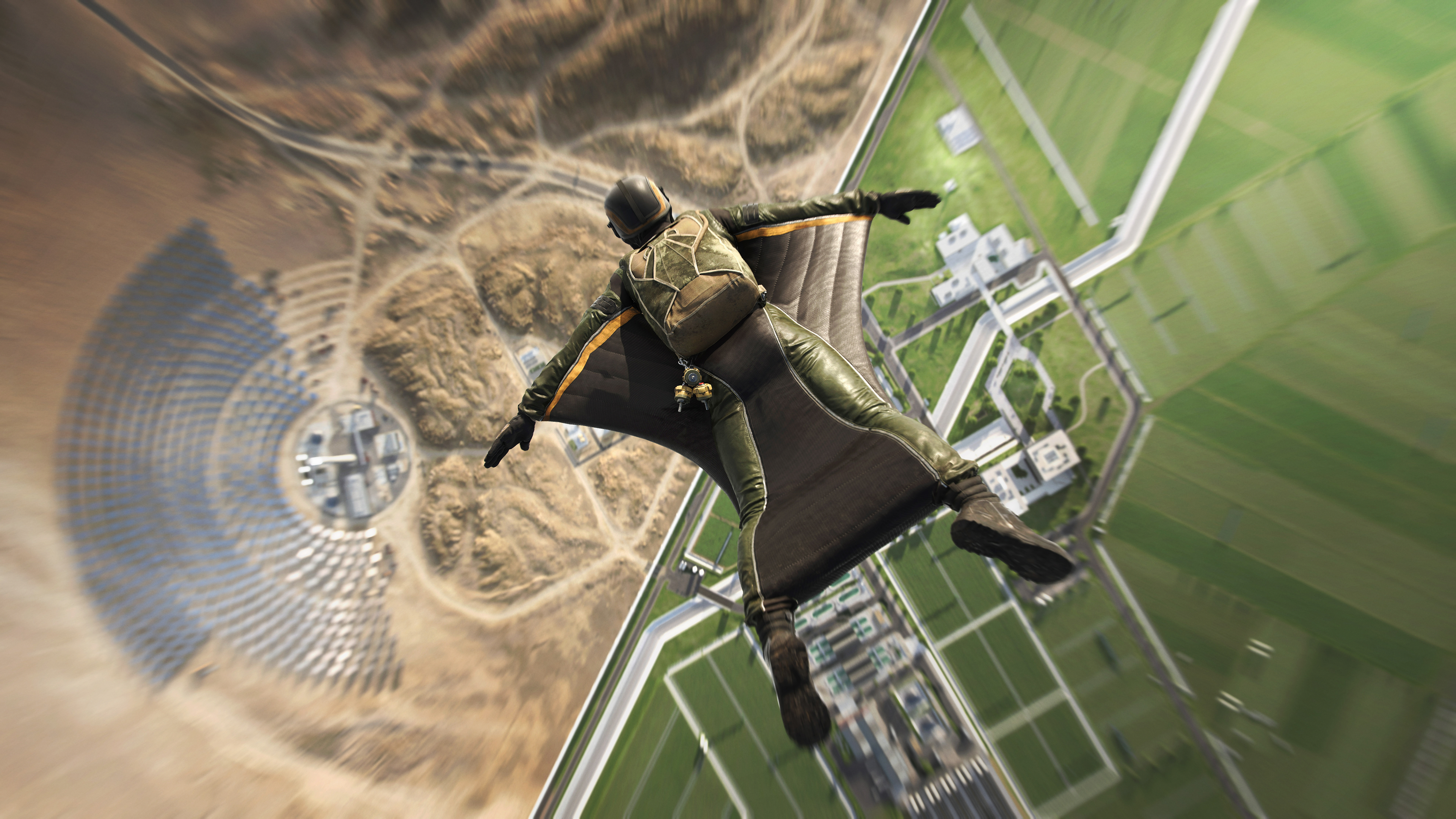 The next Battlefield game is Battlefield 2042, thrusting the large-scale FPS series into a near-future Earth (think Boston Dynamics-style robot dogs, not laser guns) where stateless mercenaries fight for superpowers. That’s all fine, but for once the new setting isn’t the focus of a Battlefield reveal.

The big news is that Battlefield 2042 doubles the player count to 128 and redefines the class system to feature “specialists” with unique gadgets. The previous Battlefield games have all tweaked the basic Battlefield format, but this feels like the most significant change to the series since it started in 2002, almost 20 years ago.

Battlefield 2042 will also release on PS5 and Xbox Series X/S, and PC/console crossplay support is in the works, as well as cross-progression.

A version of Battlefield 2042 is coming to the older PS4 and Xbox One consoles, too, but those versions won’t support 128-player matches or crossplay with the PC or new consoles.

The Battlefield 2042 gameplay trailer was revealed during the Microsoft and Bethesda Showcase at E3 2021—watch it above. At the top of this article, you’ll also find the cinematic trailer that revealed the game before E3. It includes some great renditions of Battlefield stunts.

The increased player count is accommodated by bigger maps that are divided into sectors. Within each sector, there’s essentially a mini-Battlefield match playing out. In the standard Conquest mode, teams can hold a sector by holding all of the points within it. It sounds like you could spend all your time hanging out in one map sector, but there’s nothing stopping you from calling in a vehicle and heading elsewhere. The near-future tech doesn’t include mechs—sorry Nat—but you can get a tank dropped from the sky using the new call-in system. (And yes, you can drop them on snipers to squash them.)

How do specialists work?

What will likely be the most contentious change in Battlefield 2042 is the introduction of specialists. They’re sort of like Rainbow Six Siege operators in that they have names, backstories, and special gadgets and abilities, but they’re more flexible, because they can use any weapon you’ve unlocked. Battlefield class archetypes like ‘assault’ and ‘recon’ are still there, but DICE now describes them as categories which specialists fit into.

There will be 10 specialists at launch, with one new specialist released each season, and four seasons per year, so there’ll be 14 specialists in total within a year of launch.

Battlefield classes have been fairly strict until now: You get themed gadgets and only certain categories of weapon. Engineer gets SMGs, recon gets snipers, support get LMGs, etc. That’s all over. At launch, Battlefield 2042 will include 10 unique gadgets which can be paired with any gun. You can also change your gun attachments on the fly, allowing you to, say, swap from close to long range optics to zoom in on a sniper who’s harassing you. It’s way more loadout decision making than has ever been in a Battlefield game.

Here’s what can be in a loadout, which is in addition to your specialist item and perk:

What specialists have been announced?

So far, DICE has revealed four specialists. Here’s who they are and what they do:

Wikus “Casper” Van Daele
Birthplace: South Africa
Class: Recon
Specialty: OV-P Recon Drone (what it sounds like, a remote control spotting drone)
Trait: Movement Sensor (he’s alerted to people sneaking up behind him, at least if they move too quickly)

Battlefield may have finally given in and become a character shooter, but it hasn’t been tempted again by that other modern shooter trend: There’s no battle royale mode, and there are no plans to make one. The Battlefield 5 Firestorm mode is not returning, at least not for now. There’s no singleplayer campaign, either, although you will be able to play multiplayer-style matches entirely against bots and progress that way, if you want. Apparently the AI has gotten a lot better. (I’ll only agree when I see a bot steal the helicopter I wanted, crash it into the side of a hill, and lie down to snipe for the rest of the game.)

All-Out Warfare is the term DICE is using to encompass your standard Battlefield modes: Announced so far, that’s the classic point capture of Conquest and the more linear attack-and-defend battles of Breakthrough.

Beyond All-Out Warfare, there are two mystery modes. One is called Hazard Zone, and will be a “high-risk,” squad-focused mode, but not a battle royale mode. That’s all DICE will say, but based on that description and the name, I think we’re pretty safe in assuming that inspiration has been taken from The Division’s Dark Zone, Hunt: Showdown, and Escape from Tarkov. I’d be surprised if it’s nothing at all like those infiation and extraction shooters.

A third mode was created by Ripple Effect Studios (formerly DICE LA) and will be revealed at EA Play Live on July 22. It’s described as a “love letter” to fans of the Battlefield series. In that case, I really have no idea what it is, though one rumor is that it’s a sandbox which pulls from the whole series. A full Battlefield 1942 remake would be cool, too.

Battlefield 2042 is set just 21 years in the future, so the tech isn’t too out there: drones, robot dogs, etc. The premise is the usual galaxy brain speculation: Due to global warming, a number of the world’s countries have collapsed, leaving large parts of Earth’s population stateless. Naturally, stateless people (“Non-Patriated” or “No-Pats”) have formed elite mercenary armies who now fight on behalf of the US and Russia—or maybe for themselves. Without a singleplayer campaign, this’ll all be explored through the seasonal updates.

The vehicles are near-future versions of jets, helicopters, tanks, and other ground vehicles. While there are hovercrafts, EA says that naval combat has not been a focus, although it has heard that people are interested in it. Maybe that’ll be a post launch concern.

The new vehicle call-in system, which drops ground vehicles from the sky, is available to any specialist with any loadout, but your team has a vehicle budget, and each player has a call-in cooldown. You can also spawn directly into vehicles like in the other recent Battlefields.

The Ranger robot dog can also be called in, and it’ll follow you around, or scout ahead if you order it to. You can also tell it to self-destruct or stick C4 to it. Not very nice, if you ask me.

The maps have big destruction set-pieces, such as the rocket on Orbital, which can either have a smooth launch or a not-so-smooth launch. (We asked whether players could affect that outcome, and didn’t get an answer, but probably yes.)

EA also says that there’ll be more airspace for dogfighting in jets.

Here are the seven All-Out Warfare maps that’ll be at launch, described in EA’s words:

Like last time, DICE is working with Nvidia on ray tracing, DLSS support, as well as Reflex latency optimization for players using GeForce RTX GPUs. AMD cards did well in our Battlefield 5 benchmarks, though, so owners probably shouldn’t fret about the official partnership just yet.

There’ll be a Battlefield 2042 technical test in late summer “players identified as Battlefield veterans.” They’ll be under NDA for that, and crossplay will be one of the features being tested.

The next big public reveal will take place during EA Play Live on July 22. That’s when we’ll find out what DICE LA’s mystery “love letter” mode is all about. We should find out about Hazard Zone at some point soon, too.

At some point after that, Hazard Zone will be available to play early, and there’ll be a Battlefield 2042 open beta for those who preordered. (Though none of the early release for subscribers stuff EA used to do, at least that we’ve heard of.)

Battlefield 2042 will release in full on October 22. As usual, the PC version will be available on EA’s Origin store, but this time it’ll also be on Steam and the Epic Games Store. (It’ll definitely launch a mini-Origin client even if you buy it on Steam, but it’s still nice to have Battlefield there again.)

New specialists and maps will come in seasons, and there’ll be four per year, each which includes battle passes with free and paid tiers. EA has said that new maps will always be free for all players.

Will snipers still spend the whole match lying on a hill?

Would it be a Battlefield game if they didn’t?